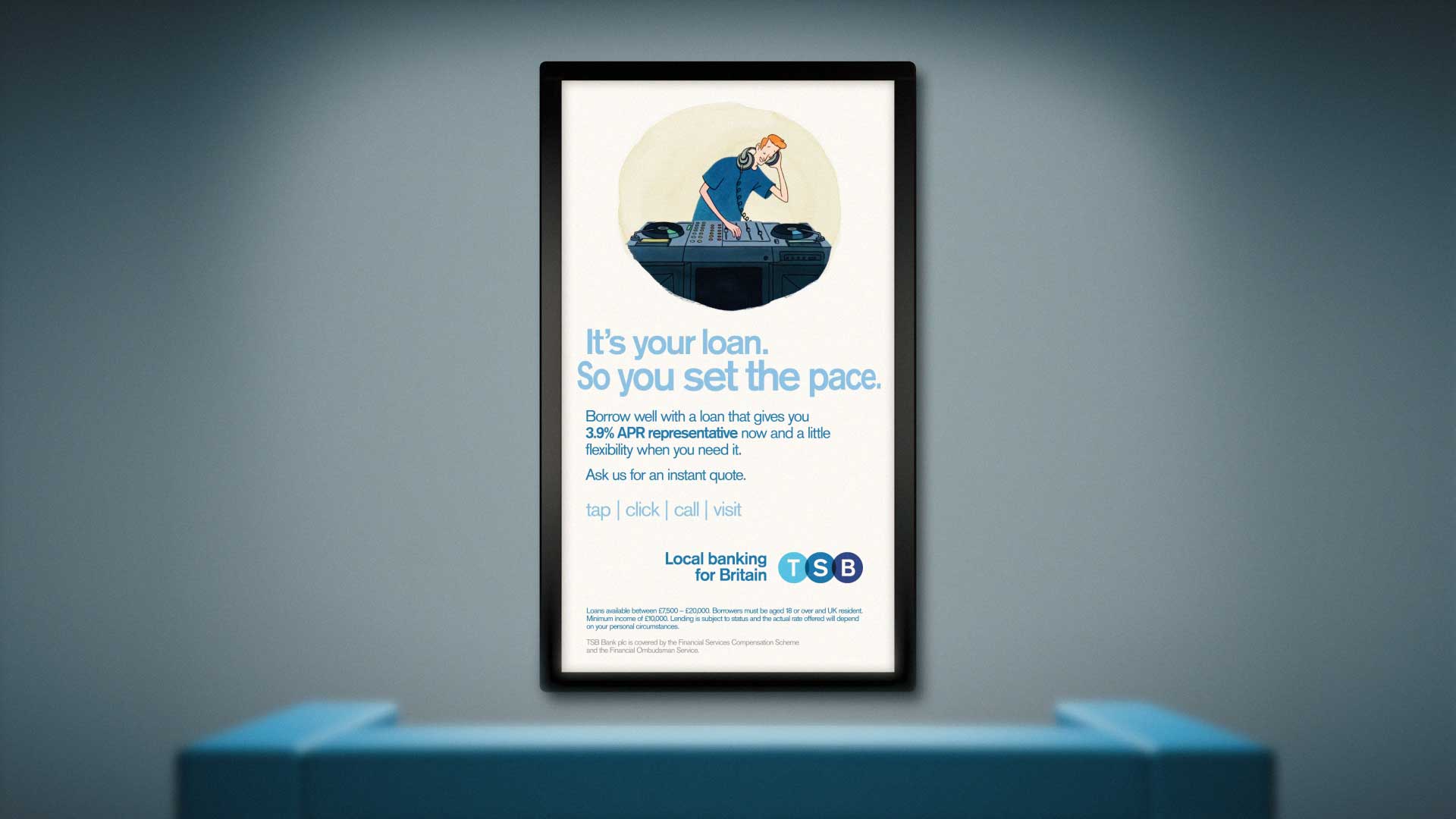 The project involved creating animated typography for the bank’s digital signage. It was necessary to create designs that would reflect the bank’s image and be capable of replication across all branches with different personalised messaging.

“I helped push what was normally allowed much further.”

​Following strict guidelines, I helped push what was normally allowed much further by introducing TSB's secondary colour palette in ways that hadn't been used before. This really made some of the signage stand out more than it ever had previously.