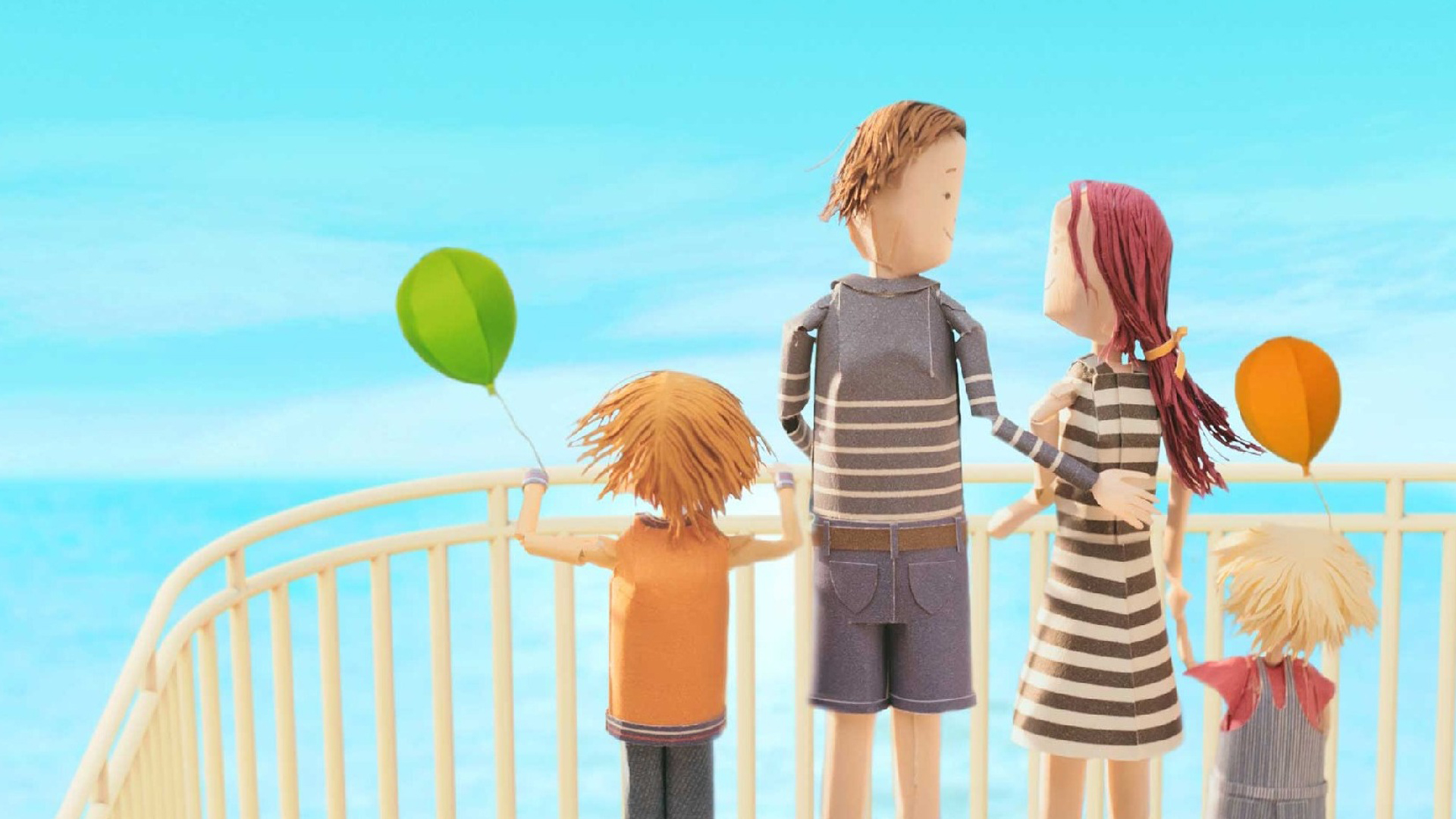 For many years before I began working in motion graphics I was a retoucher and often worked across campaigns for large retail companies.

I believe my retouching skills are essential to some of the work I produce in motion graphics, as I have a good understanding of colour balancing, levels and comping.

Here are a few examples...

Using a still taken from a TV advert, the image needed a curved railing and additional sky added so it could be used on social media.

I had to cut out the family and produce a new sky, keeping it looking as close to the original as possible. Then I modelled and textured a new railing in Cinema 4D with a curve, rendered and comped into the final piece.

“I use a Wacom tablet for increased accuracy.”

After a photo shoot, it was decided that the dress worn needed to be altered to not include the decorative flap.

I was tasked with removing the flap and had to rebuild the creases and left-hand side of the dress.

This client required the scene to have a longer table and white floors instead of black. Because of the increased length of the image the background environment also had to be extended.

This was particularly difficult due to the amount of cutlery, bottle and glasses on the table.